Let’s face it. There are tons of apps out there, and you can’t wait to  show yours off. This is why it's important to remember those behind-the-scenes workhorses. Those resources that will save you when it comes to handling many transactions. IBM MQ is that life saver.

Things to Think About Before Choosing a Message Queue Product

Today’s IT environments include communications between network protocols and separate operating systems. Establishing a message queue is an easy job, but it might not be resilient if the network crashes. Losing important messages can be catastrophic and inconvenient at the very least.

A queue in any context is a collection of objects lined up in consecutive order. Think about waiting in line to buy groceries or buy movie tickets. That’s a queue. In computing terms, queues are great data structure choices when there are items that need to process one-at-a-time... in first-in, first out order.

That would be all well and good if all applications produced and used data at the same speed. However, in the real world, one app may process messages at a leisurely pace while others may generate huge volumes of messages all at the same time.

Without a message queue solution, the faster processing messages will cannibalize the slower ones. This is because they’re all produced at the same time. The beauty of a message queue is that it will store those slower moving messages temporarily until the system processes them at a later time.

before making a purchase decision.

IBM MQ is a stalwart in the IBM line-up of messaging-oriented middleware software. It’s an enterprise messaging solution that connects apps, systems, files and services across all the platforms in an enterprise.

IBM MQ launched in 1993 under the MQSeries name. Renamed WebSphere MQ in 2002, it joined the WebSphere suite of products. The name changed again in 2014, this time to IBM MQ. The MQ family products include IBM MQ, IBM MQ Advanced, IBM MQ Appliance, IBM MQ on IBM Cloud and IBM MQ for z/OS.

IBM MQ sends data between points in its message queue system and makes sure that messages arrive. No matter if there’s a failure in network or application failure, messages will get through. Every time.

You can count on IBM MQ to deliver messages once and only once. This is especially helpful in financial institutions where duplicate messages could seriously impact accounts. Just imagine if a big deposit or payment processed more than once. IBM MQ treats messages with the criticality they deserve.

IBM MQ delivers peace of mind because there’s no question of whether messages arrived in error. There’s also no de-duplication going on and no need to track down lost messages.

Users of FTP or homegrown file transfer solutions will love how IBM MQ sends and receives contents of files as messages over the network. Files deliver to an application as a single message or a group of messages by splitting the file. Users can also use messages and message groups to create and deposit files. This is a huge time saver and makes timely use of the file data.

IBM MQ can operate in the cloud which accommodates almost any business need or customer preference. MQ serves as a managed service on the IBM Public Cloud but that’s just one option. It can also operate on a private IBM Cloud, on Openstack, in a Docker container, on Amazon Web Services and Microsoft Azure.

Users will want to schedule message delivery to meet business needs and IBM MQ supports various delivery features. Critical and urgent messages receive priority while others with less urgency can get in queue to send later.

It reminds me of someone running late to buy movie tickets and a generous movie goer will let him cut in line so he won’t miss the beginning of the feature. The popcorn may have to wait, but the customer will get his ticked based on his urgent need to see the film from the beginning.

It’s also possible to introduce new functions in some areas of the business and long term support in others. IBM MQ is a great example of reliable delivery with enough flexibility to make it a tool users can’t live without.

When it comes to scalability and performance, IBM MQ has the flexibility to connect apps, systems and services over different platforms, environments and languages. This means that users can work where they want to—on premises, the mainframe or the cloud. These choices give users the ability to respond to business changes wherever they are so they can capitalize on opportunities and lessen any negative situations.

There isn’t a business out there today that can afford any breaches in its sensitive and valuable data. Systems have to be robust at the same time that they require security and protection. IBM MQ protects enterprise data through authentication and identification to give users extra peace of mind. IBM MQ is flexible in how it handles security too.

It can secure data that’s moving, at rest or a complete end-to-end data protection solution. Also, encryption at rest is policy-defined, protecting message content. This gives users even more assurance than other options that work only by encrypting the disk itself.

What do others say about IBM MQ? 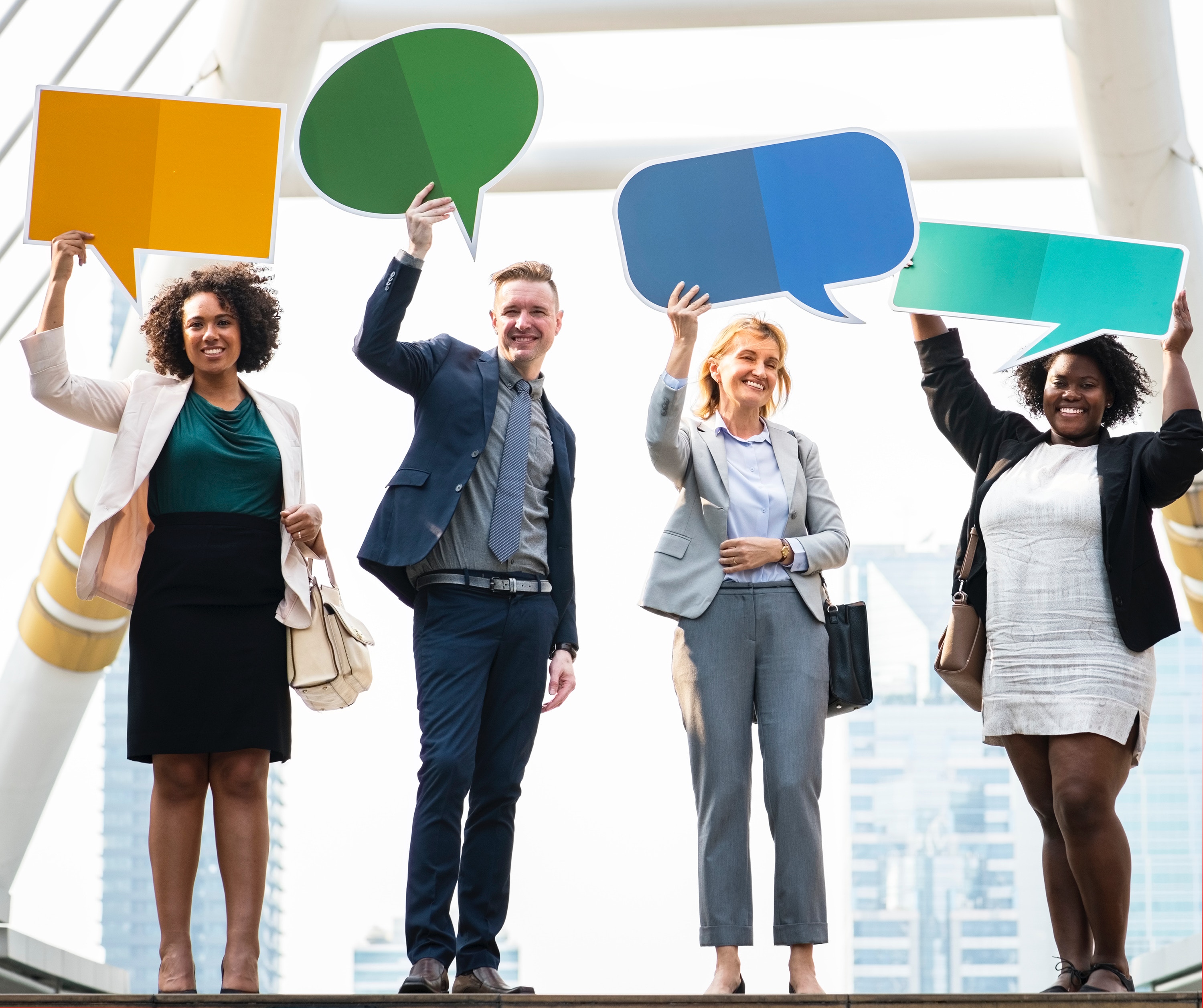 Don’t take my word on IBM MQ. Read what others around the world are saying about how IBM MQ has positively impacted their business.

A consultant mentioned that “IBM MQ is very easy to use,” in their G2Crowd review. They recommend using this product when you want to send data from one system to another, since MQ will take care of the data conversion.

“When we looked into using MQ with our B2B Integrator setup, we really liked the speed and throughput it would give us over our traditional file system-based transfer methods. The replay-ability was great and we were really excited about the possibility of using it.”

However, Greg S. did mention one dislike:

“We do a lot of FIFO (98% of data) and we were unable to get the customer isolation we wanted using MQ and the built in SI FIFO queues.”

Lastly, a reviewer on G2Crowd, who is an administrator in tobacco, said that it was a “stable message queuing system.” They went on to say:

“MQ and message queuing is not the most sexy of applications. Few will have a need for it, but when you do, you’ll realise how critical this can be. If you build a system that needs to support hundred/thousands of transactions per hour, the biggest worry is to lose one. If your servers can’t process these transactions fast enough, this is bound to happen. This is where MQ fits in.”

It’s always a good idea to do some checking around before committing to any solution purchase.

Those interested in other options to IBM MQ have considered these alternatives:

Like IBM MQ, IronMQ is a cloud-based solution that delivers more reliability, scalability, less complexity and faster speed-to-market. The use of cloud protocols and standards like HTTP, OAuth and JSON makes IronMQ very easy to work within.

Those interested in IronMQ can check them out here.

Rabbit MQ is an open source message broker that’s easy to deploy on premises and in the cloud. It runs on all major operating systems and supports most developer platforms and multiple messaging protocols. The solution can operate in distributed and federated configurations to meet high availability and high scale requirements.

ActiveMQ is a powerful, open source messaging and integration patterns server. It’s fast, supports lots of Cross Language clients and protocols including Java, C, C++, C#, Ruby, Perl, Python and PHP. ActiveMQ is easy to integrate into an enterprise via full support for the Enterprise Integration Patterns both in the JMS client and the Message Broker

As stated at the beginning of this review, IBM MQ may not be the sexiest thing out there but what in the world would any of us do without such a product? Message queues provide sanity in ways that most people don’t even realize. They’re the unsung heroes of keeping our communications flowing every day, every hour, every minute.

We need them because different apps produce and consume information at different speeds, just like all of us, right? One app may create huge volumes of messages but very sporadically while another one is the consistent one popping out messages at a steady pace.

It’s the speed differences that can create chaos. Because they’re all created at the same time, some of the slower messages need to be temporarily stored or risk cannibalization by the others. Hence the message queue. It’s a civilized way of putting our data in order so that no message gets left behind. And you’ve just got to love the inclusion in that.

For more content about the latest technology and tools, check out Datawarehouse4u.info. We post reviews, advice, and tutorials on the technology you want to learn more about.

Don’t miss out on the latest tech info!

Deb Schmidt has been a copywriter for 20+ years. She has a heavy B2B background, with an emphasis on high tech.

The ELT Tool Built for the Cloud