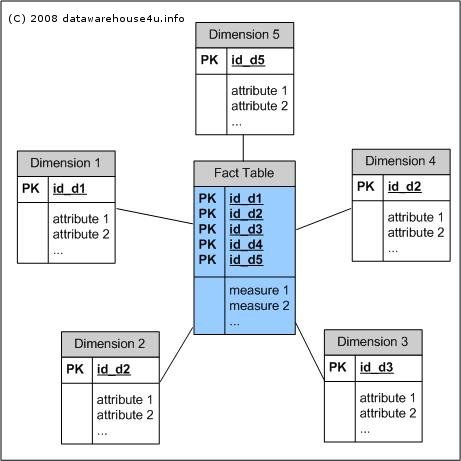 A fact table typically has two types of columns: foreign keys to dimension tables and measures those that contain numeric facts. A fact table can contain fact's data on detail or aggregated level.

A dimension is a structure usually composed of one or more hierarchies that categorizes data. If a dimension hasn't got a hierarchies and levels it is called flat dimension or list. The primary keys of each of the dimension tables are part of the composite primary key of the fact table. Dimensional attributes help to describe the dimensional value. They are normally descriptive, textual values. Dimension tables are generally small in size then fact table.

The main characteristics of star schema:

The ELT Tool Built for the Cloud